When a flower essence, homeopathic remedy, or gem essence is ingested or used as a salve, body oil, or mister they follow a specific path through the physical and subtle bodies. They initially are assimilated into the circulatory system [the bloodstream]. Next, the remedy settles mid-way between the circulatory and nervous systems. An electromagnetic current is created here by the polarity of these two systems. Indeed, there is an intimate connection between these two systems in relation to the life-force and consciousness that modern science does not yet understand. The life-force works more through the blood, and consciousness works more through the brain and nervous systems. These two systems contain quartz-like properties and an electromagnetic current. The blood cells, especially the red and white blood cells, contain quartz-like properties, and the nervous system contains more an electromagnetic current. The life-force and consciousness use these properties to enter and stimulate the physical body. From midway between the nervous and circulatory systems the remedy usually moves to the meridians. From the meridians, the remedy’s lifeforce enters the various subtle bodies, the chakras, or returns to the physical body to the cellular level through several portals midway between the nervous and the circulatory system. Its path is determined by the type of remedy and the person’s constitution. The three main portals for the remedy’s life-force to reenter the physical body are the etheric body and the ethereal fluidium, the chakras, and the skin with its silica or crystalline properties. The ethereal fluidium is the part of the etheric body which surrounds the physical body that brings the life-force into the individual cells. Hair, with its crystalline properties, is a carrier of the life-force; it is not a portal. Specific parts of the physical body are portals for the life-force of a vibrational remedy only because they are associated with different chakra or meridians. The life-force of a vibrational remedy usually gravitates toward one portal, but it may reenter the physical body through several portals. After passing through one of the described portals, the life-force always passes midway between the nervous and circulatory systems. Then it enters the cellular level and imbalanced areas of the physical body. This entire process takes place instantaneously, it may take awhile to experience results. The essences are unblocking stuck energy or chi somewhat like acupuncture.

The beauty of utilizing flower and gem essences is they do not interact with other medications and are safe for all to use, including pets. 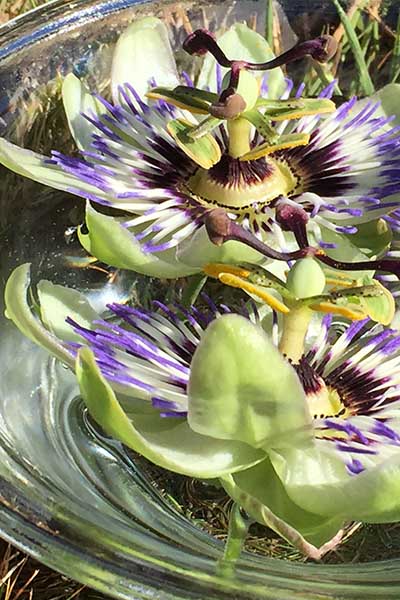 Applications for Flower and Gem Essences

Click the button to be directed to shop our flower essences.

Disclaimer:  Lilygrace Botanical’s content is for informational and educational purposes only and should not be considered medical advice or a substitute for medical treatment. Nor do we, in any way, claim to offer any products, treatment, service, or advice that purpose to cure, heal, or alleviate, or prevent, any illness or medical condition. Anyone with any medical condition is advised to seek the appropriate advice and treatment from your medical provider.